This one-day workshop will include didactic lectures in the morning – and then interactive hands-on simulation sessions in the afternoon with highly experienced faculty from the Chest Wall Injury Society.

We look forward to your participation and will be able to accommodate many for the morning lectures.  However, space is limited in the hands-on session in the afternoon, so please register to confirm your participation early if desired.

The workshop has been developed to update participants on the management of thoracic trauma causing rib fractures and its complications. Participants will learn about modern surgical techniques for thoracic stabilization by rib fixation surgery from an outstanding faculty through both didactic and hands-on patient simulation sessions.

Upon completion of this educational activity, participants will be able to: 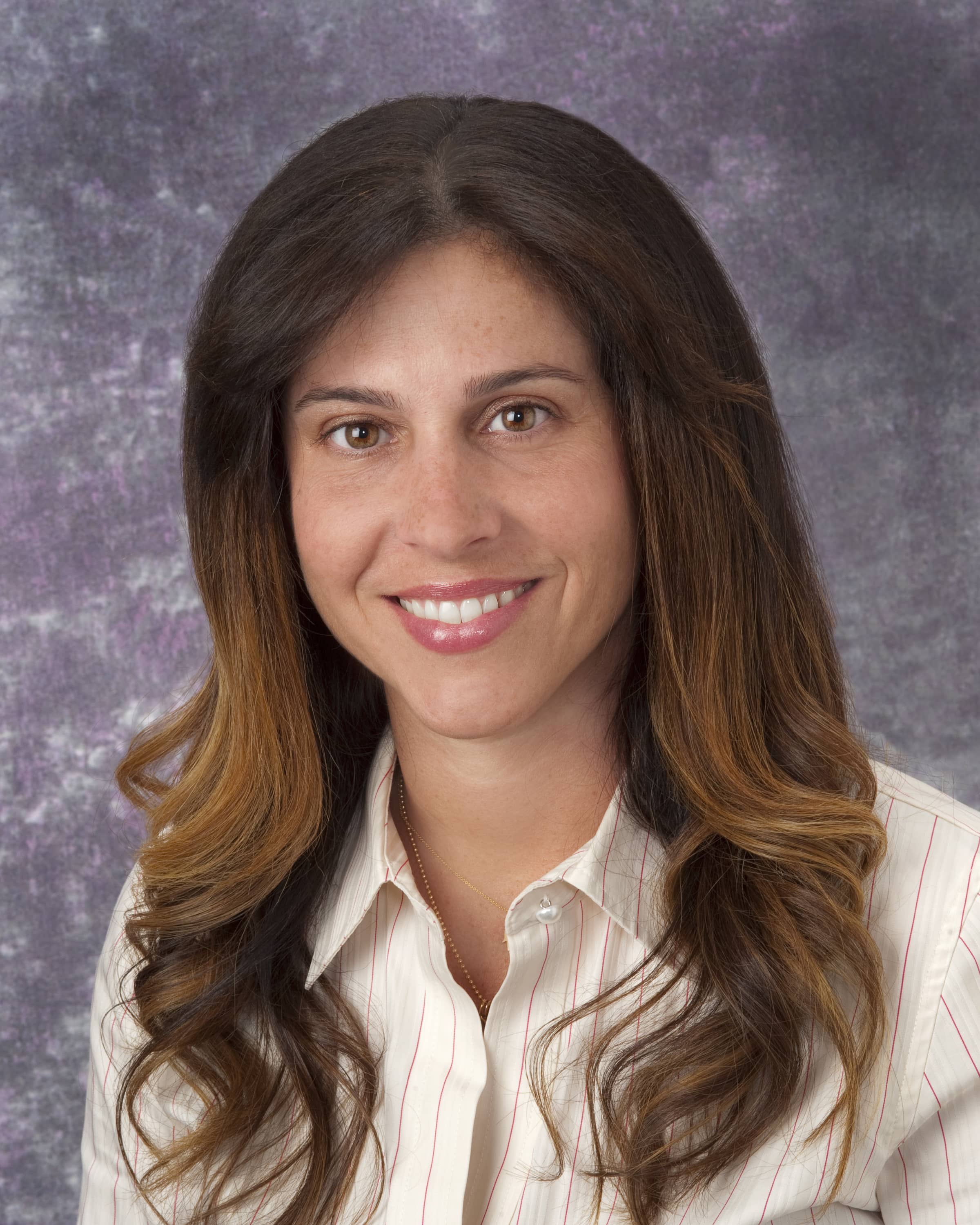 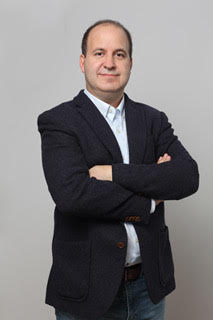 Biography Expand
Diogo F.V. Garcia, MD FACS
Currently Director of the Trauma Center at Beneficência Portuguesa Hospital in Sao Pailo Brazil. Vice -chair of the Committee on trauma of the American college of Surgeons in Brazil. Professor of Surgery at Universidade Nove de Julho in São Paulo Brazil. Chair of the education committee of the Brazilian Trauma Society.
Medical training at the University of São Paulo as well as general Surgery residency and trauma fellowship.
PhD in 2016 on trauma education
Biography Expand

Dr. Graciela Bauzá is an Acute Care Surgeon and Surgical Intensivist at the University of Pittsburgh Medical Center.  Her practice includes trauma, emergency and elective general surgery, and critical care.  She graduated from Universidad Central del Caribe, School of Medicine in Puerto Rico and subsequently did a General Surgery Residency at Boston University where she decided to pursue Trauma Surgery.  It was there where she began her training in rib fixation.  After residency she completed a fellowship in Critical Care Medicine and Acute Care Surgery at the University of Pittsburgh Medical Center.  Dr. Bauzá was then recruited to stay at the University of Pittsburgh where she currently works as Assistant Professor of Surgery serving as the Director of Trauma Education since 2011.  She developed the rib fixation program at Pitt and has taught many residents, fellows, and faculty about the procedure. 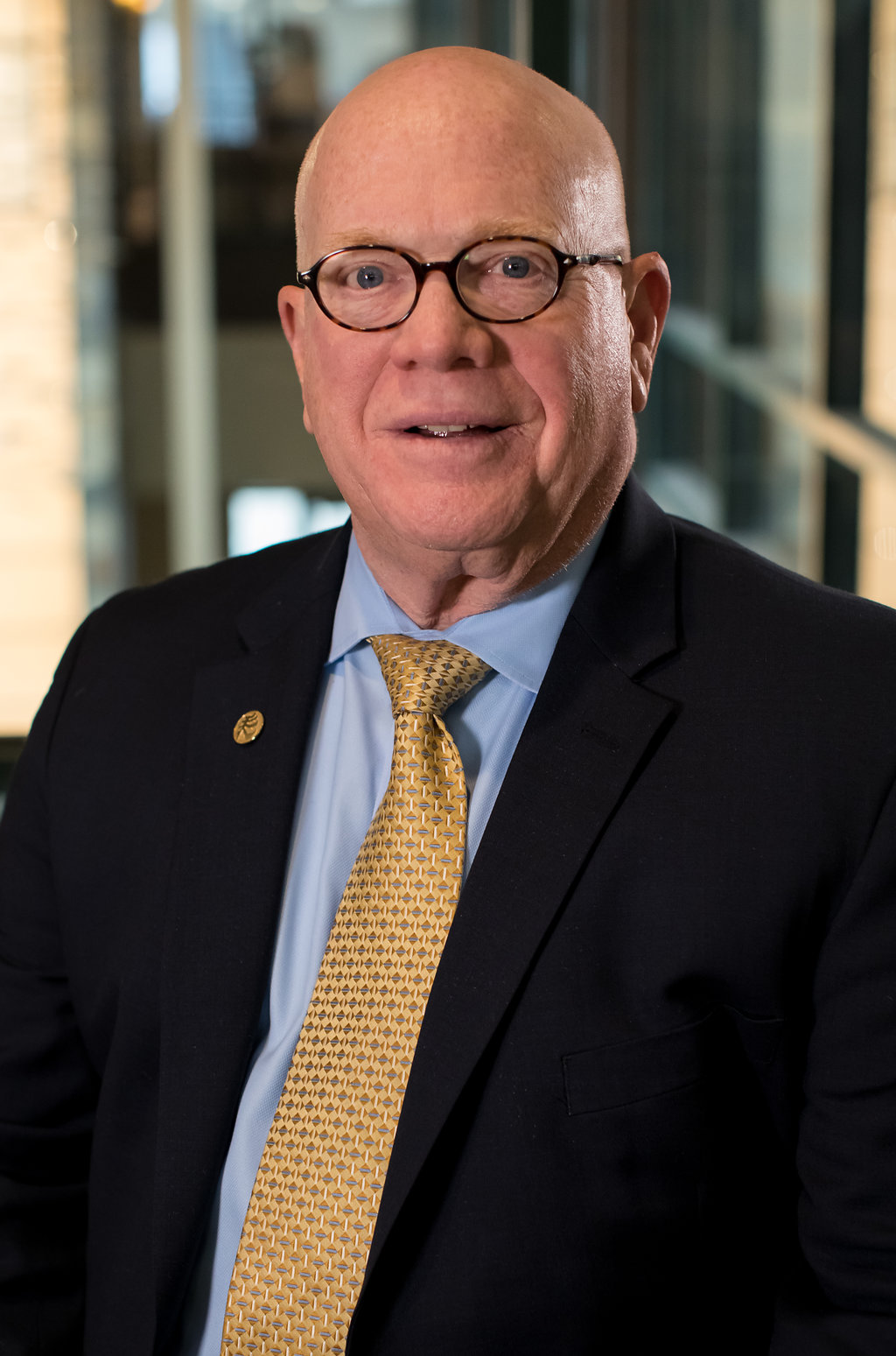 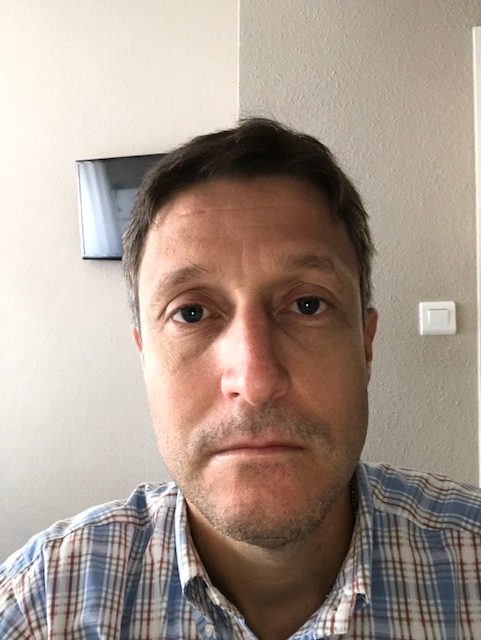 Lawrence Lottenberg, MD FACS is currently practicing at the Level I trauma center at St. Mary’s Medical Center in West Palm Beach, FL. He is the Director of Trauma Research and Education there as well. He has been a surgeon since 1980 with a focus on trauma, emergency general surgery, elective general surgery, burns and surgical critical care.  He is an Associate Professor in Clinical Surgery at the Charles E. Schmidt School of Medicine at Florida Atlantic University in Boca Raton, FL. He is also the Director of Surgical Simulation and Technology as well as an Associate Dean for Graduate Medical Education at FAU.

He has been the trauma medical director at two different institutions, one at Memorial Regional Hospital in Hollywood, Florida where he developed the Level II trauma center in 1992 and then matriculated that institution to a Level I trauma center in 1999. Most recently he began, organized and staffed the Level I trauma center at UF Health at the University of Florida School of Medicine in Gainesville, Florida. At UF, he mentored over 200 surgical residents and has been directly responsible for 14 of those residents becoming trauma and critical surgeons throughout the US.

Dr. Lottenberg has served as the past chairman of the Florida Committee on Trauma and the past president of the Florida Chapter of the American College of Surgeons. He has received numerous teaching awards and has been recognized as an outstanding surgeon by several societies. From 2004 to 2014, he was an Associate Professor of Surgery and Anesthesiology at the University of Florida College of Medicine.

Dr. Lottenberg has pioneered the Diaphragm Pacing System for ventilator dependent quadriplegic patients in the State of Florida.

Dr. Lottenberg has been involved as the primary surgeon or mentor in nearly 400 surgical stabilization of rib fracture procedures in the last 10 years and has initiated rib fracture programs in three different institutions in Florida and Indiana.

Born and raised in Bogota, Colombia, completed undergraduate studies at Florida Atlantic University and went on to get his MD from St. George's University, Grenada.  He completed his internship and residency at LSU Health Science Center in New Orleans and spent two years conducting experimental shock research as an NIAA fellow in the department of physiology at LSU.  He went on to Trauma/Surgical Critical Care fellowship at LSUHSC in New Orleans where he has been on faculty since 2012.  He started the chest wall injury program at the Norman McSwain Jr. Spirit of Charity Trauma Center in New Orleans where he serves as intensivist and trauma attending.  He lives in New Orleans with his amazing wife, Brittany and their two young daughters. 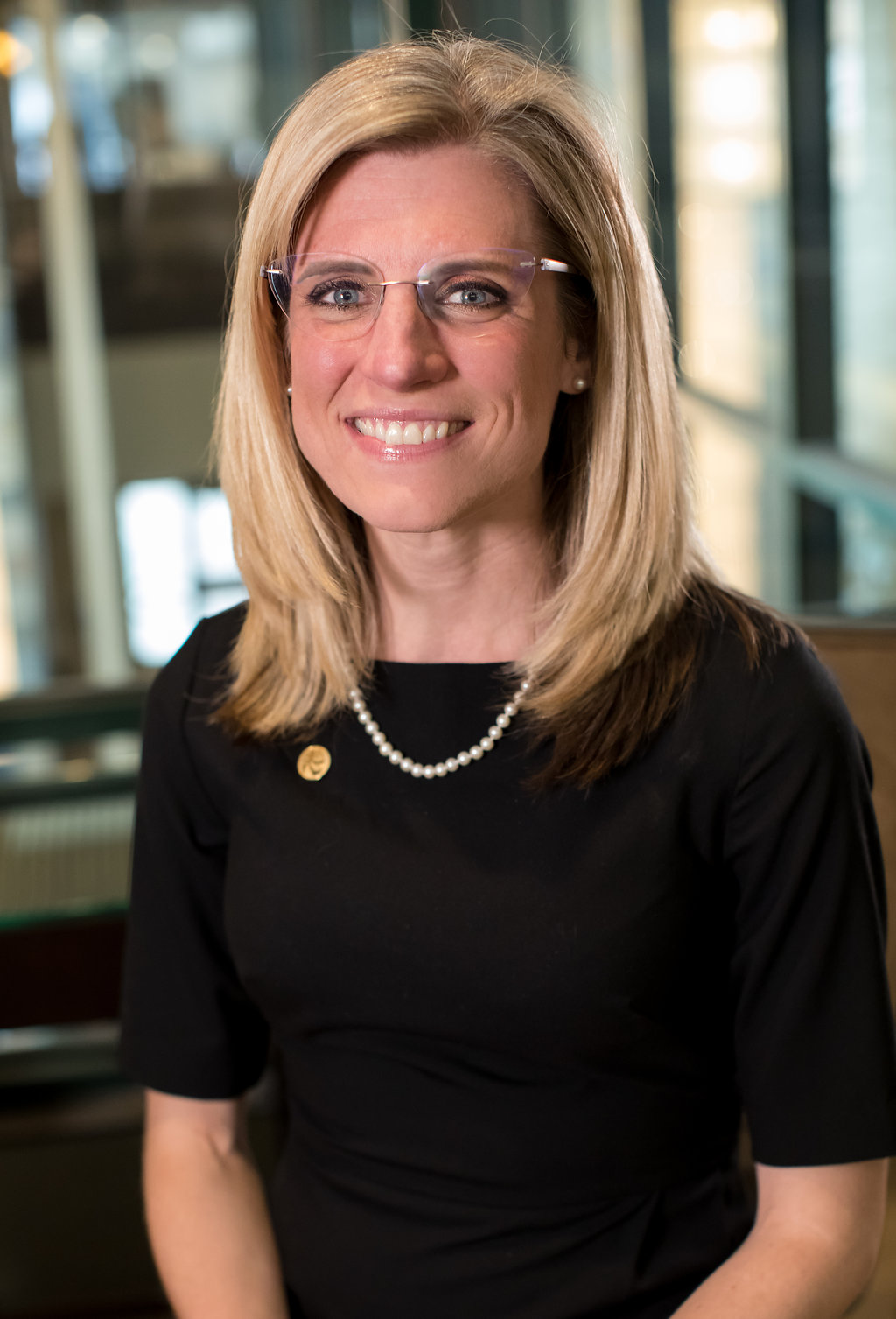 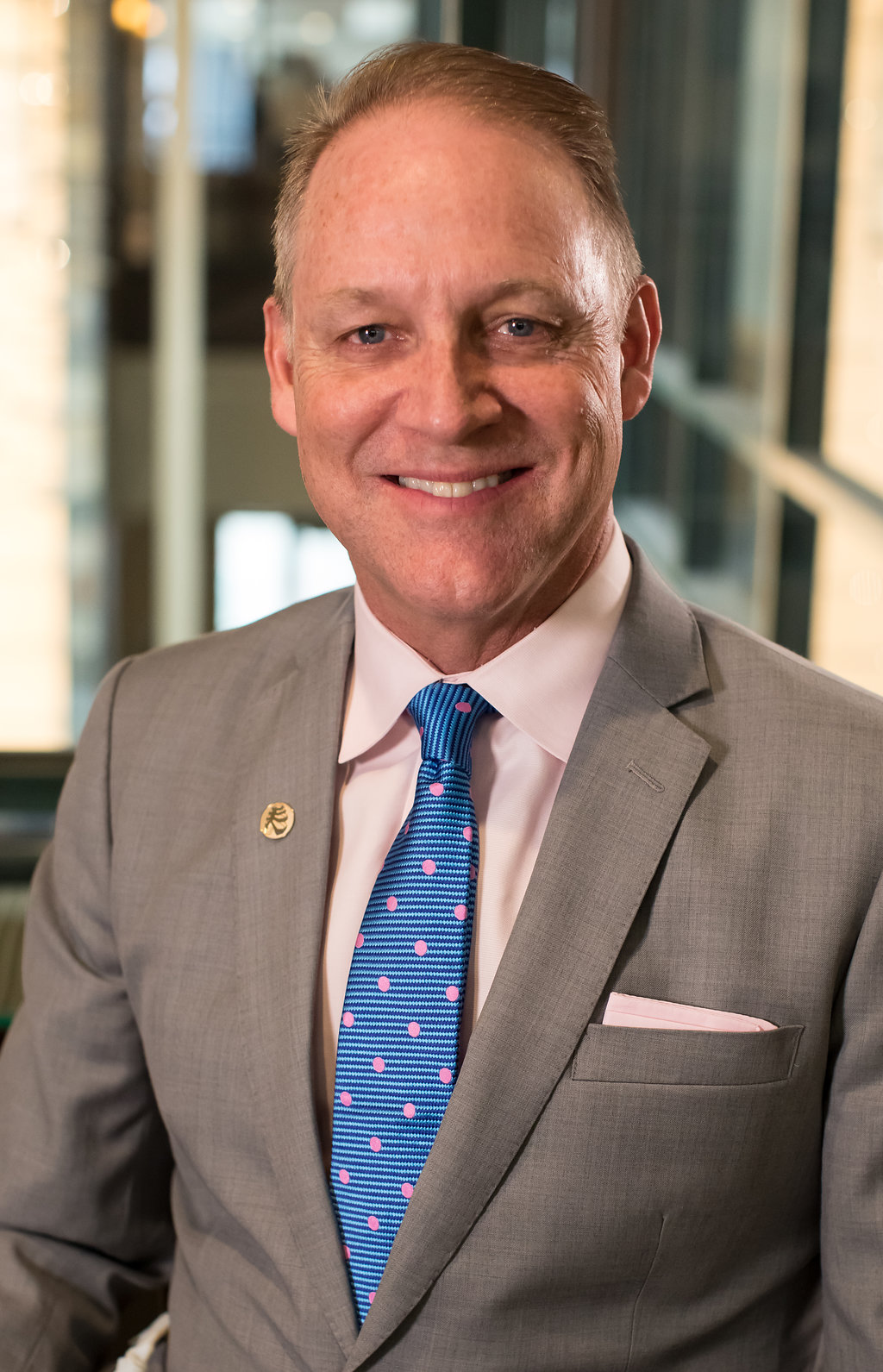 SarahAnn S. Whitbeck, MBA, CHCP is a leader in healthcare education, operations, and strategy.  In 2015 she was awarded Healthcare Educator of the Year by Utah Business, and in 2016 received the Governor’s Award in the State of Utah for her efforts in helping to lead the provider education efforts in the Opioid Community Collaborative.

She is the co-founder and currently Executive Director of the Chest Wall Injury Society, which is focused on the common interests of those persons and entities interested and involved in the science of chest wall injury and surgical stabilization of rib fractures.  As part of this role, she has helped lead the organization and facilitated their annual education summits with an international audience of surgeons from 12 countries spread across 5 continents.

She volunteers for the Alliance for Continuing Education in the Health Professions and serves as the Chair of the Membership Committee.  She is also part of the University of Eccles Alumni Association Board of Directors. ​

He is the Medical Director of the Nutrition Support Service and is a Clinical Professor of Surgery in the University of Utah Surgery Residency Program. He also co-directs the Intermountain APC Critical Care Residency Program.  Additionally, he is the Education Chair of the Chest Wall Injury Society.

His clinical interests include bedside echocardiography, critical care nutrition, thromboelastography, resident and mid-level education, and the surgical fixation of rib fractures. He is a recognized expert in the field of rib plating, and has participated in efforts on a world-wide scale to improve the overall care for patients with broken ribs as the course director of an international chest wall injury educational activity.