CWIS in the Queen City 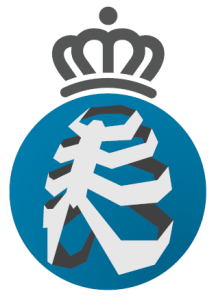 Get to Know Charlotte: The Queen City

Why is it called the Queen City?

Charlotte was founded by European settlers in 1768, when King George III still ruled the Colonies. They named the new hamlet after the King’s wife, Queen Charlotte, and gave the surrounding county the name Mecklenburg in honor of her majesty’s birthplace in Germany. Today, find statues of the queen on North College Street and in front of Charlotte Douglas International Airport.

Why are there references to bees everywhere?

They’re hornets, and they’re the mascot of the Charlotte Hornets, the city’s NBA team. Beyond that, they’re also a symbol of the city’s unconquerable spirit. When British General Cornwallis came through the area during the Revolutionary War, he encountered more than he bargained for and dubbed the area “a hornets’ nest of rebellion.” The nickname stuck, and that’s why you’ll see hornet’s nest symbols all over town, including on police officers’ uniforms.

The Charlotte Hornets used to be a baseball team, then a football team before they became their favorite basketball team.

Experience it: Cheer on the NBA Hornets during the season or experience a concert at their “Hive,” Spectrum Center.

What's with banking and gold in Charlotte?

The Carolina Gold Rush began in 1799 after the nation's first golden nugget was found in Cabarrus County by a 12-year old boy. A second nugget was found in 1803, which led to Carolina farmers checking their land for gold and mining in local stream beds until the 1830s.

Today, Reed Gold Mine, the location where the first nugget was found, is a historic landmark in Cabarrus County where tourists can visit and mine for their own gems!

What's with the fast driving?

The NASCAR Hall of Fame, located in Charlotte, honors drivers who have shown exceptional skill at NASCAR driving, all-time great crew chiefs and owners, broadcasters and other major contributors to competition within the sanctioning body.

Whitewater in the Carolinas?

The US National Whitewater Center is an outdoor recreation and athletic training facility for whitewater rafting, kayaking, canoeing, rock climbing, mountain biking, and hiking which opened to the public on November 4, 2006. The Center is located in Charlotte, on approximately 280 hectares (700 acres) of land adjacent to the Catawba River, with 35+ miles of developed trail. The USNWC is an official Olympic Training Center for whitewater slalom racing.

The Home of Aviation

The Carolinas Aviation Museum is an aviation museum on the grounds of Charlotte Douglas International Airport in Charlotte. It is one of a very few aviation museums located at an airport which serves as a major hub. The museum was founded in 1992 by Floyd and Lois Peithman Wilson, and has a collection of over 50 static aircraft and many smaller historic items related to aviation in North Carolina and South Carolina.